Because of the fact that it is so easy to make a pay stub online and the general effect of online banking on the finances of the individual, most people ended up not being able to read their pay stub. That is not at all great because it is a really important part of financial education. If you do not know how to read the stub, various problems can appear in the future.

What Is The Pay Stub?

We can define the pay stub as an official paper document that is issued by the employer to an employee for the services rendered. Various stubs types are now used by organizations from all around the world. While the stubs have been replaced in some cases by direct bank account deposits, the pay stubs need to still be received by the employees.

Pay stubs include many different facts that are very important. It is normal to include gross income, income tax deductibles and more. The deductions include retirement plans, pension contributions, garnishments, charitable contributions and insurances. Everything is deducted from the gross income, thus offering net income. Various stubs do also include accumulated totals in various circumstances.

Understanding finances basics is something of a really high importance for every single person out there. That will help you to go through effective finance management and you get to know how to actually handle the money that you have. Reading the pay stub is not at all difficult. You just have to be aware of the basics that are going to be included in most pay stubs:

This makes up total income amount that is earned during specific payment periods. Pay periods are normally monthly or bi-weekly. Even so, other modes are available for those interested. Gross pay does not take tax withholdings into account.

This is basically the real income that you receive after the withholdings are taken away.

It is normal for all people to fill out federal tax forms. Such a form is going to indicate the taxes that are owned for the government. The employer will deduct an amount every single time a pay stub is offered to the employee.

This is an amount that rarely appears or is paid. That is because it will be applied to specific city employees, counties or school districts. As an example, when living in NYC and working in New Jersey, taxes in both states have to be paid.

The Medicare withholdings are 100% compulsory in the pay stubs. This is just as with the social security withholdings. The employee has to pay a specific amount in order to contribute to Medicare. Employers contribute a similar amount for the employee.

A List of Top Questions to Ask Your Prospective Finance Provider 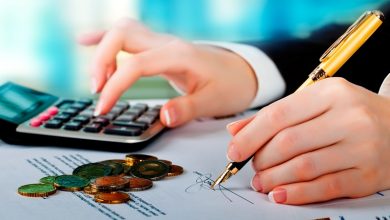 Poor Credit Personal Loans: How You Can Improve Your Funds

What is a Pay Stub Generator and Should You Use One?

The Signs of a Mis-Sold Mortgage

A Quick Overview of Different Types of Mortgage Loans

Four Features to Consider when Choosing a Mortgage Broker

Reverse Mortgage, What is it?