From the old, rich and powerful people of the 50s to the upcoming stars that feature technologies such as fund tokenization, venture capitals have been a huge part in shaping the world into what it is now today. So let us ask exactly what are venture capitals. This article will try to answer this question and anything you might have had in mind about venture capital.

The definition of a Venture Capital

Venture capital are basically finance based institutions that has a main purpose of finding the next big thing, funding it, and reaping the benefits along with its innovators. The most common market for the venture market are startups and small business that show exemplary potential. Normally, these ventures are funded by multi-millionaires and multi-billionaires who have a passion for innovation or simply has the drive to affect the world and sees their riches as the means to do that. Today however, with the advent of fund tokenization, the floodgates opened and now VCs are getting small players from a very competitive and eager global market. These ventures can also come from financial institutions such as banks, and in some cases, even government agencies. Basically, as long as there is a huge disposable fund lying somewhere, chances are there could be a venture capital in the midst. Contrary to common knowledge however, venture funds are not always about the funds. Managerial expertise, especially from the financial side is an extremely valuable asset and is revered in the investment world. Technical talent, is also another aspect that can drive value in investment. And with the looming overtake of the blockchain technology, technical skills and knowledge is becoming more valuable day after day.

VCs do not always promise a no risk payoff. However, the ability of the venture investors to suffer blows in one investment and come back strong with their other three, for instance, greatly negates this danger. The allure of putting up above-average returns in almost every exit makes it the reason for investors to keep pumping cash into VC. For firms and businesses that are just beginning, unless you have an ingenious idea that can top the market, you are bound to fail without enough financial backing. This is usually due to the huge burn rate that startup businesses suffer at the start of their companies. Banks, capital markets, and basically any other debt instrument usually do not listen to pitches but rather read you capability to pay your debt through your financial habits. How often you go bankrupt or how rich you are is a poor measure however of how well your business idea is going to fare. The negative aspect however in selling part of your company is that these ventures would normally gain voting rights as well. Should they get control of the companies, you may feel less motivated to continue working for the company that you have put up and ultimately be an employee that the major shareholder is just paying for.

To start a venture capital, parts or shares of the company are being put up for sale to interested parties. These parties, should they choose to invest, then in turn bring with them a portion of the company. These are called limited partnerships and the ones that invest are called the limited partners. The terms of the partnership will be decided upon handing over of the investment and are established by the VC firms. It is not uncommon to spot partnerships that consist of other enterprises that are engage in the same industry. While venture capitals often strike up deals with the next big star that show the most promise, private equity deals try to go the safer route and bring home more expensive deals that will yield money at much longer periods of time. Both these approaches have pros and cons and it is up to the investor to find the best one for the direction of their company. Should they want to get instant money where the will gain partners that has a stake in your business, or should they retain the sole ownership just so they can move forward without any noise.

There are investors making decent living off of their successful ventures, then there are angel investors. These investors are characterized by their high net worth. Angel investors would often pay more than the portion of the company that you are selling. As these angel investors are entrepreneurs as well, usually, they realize the need of funding to accelerate the growth which in turn increases their payout. A common characteristic of angel investors is that they are picky investors in terms of the field that they are investing in. For instance, an angel investor who have made his/her fortune from investing in sports will most likely be buying a team beyond its value so he/she can pursue his/her passion. It is often the best news to know that an angel investor is interested in putting up the funds to build your business with you. Should they come after you however, make it absolutely certain that you will not be giving up more than how much percentage you want to sell from your company as well. As these investors may be angels, but they could turn on you so fast before you can even blink.

As with every business like fund tokenization, venture capitals starts out with a well laid-out plan that will either be pitched to an angel investor or an interested firm. Should one of them bite, you are now at liberty of starting your business to execute the plans that you laid out. Before choosing which investment to take it is vital that businesses take the time to research on their would-be investors. A good investor can be characterized by his/her enthusiasm about your business. An enthusiastic investor means an investor that is willing to get down and dirty with you as you lift the business off the ground. 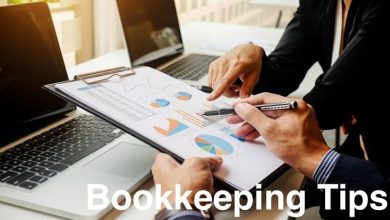 Bookkeeping Tips for a New Business 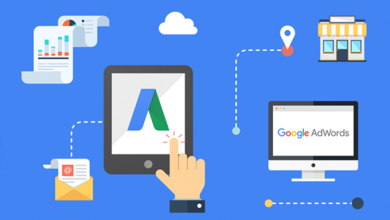 Identity Theft Protection: Preventing Criminals From Getting into your Business Systems

Simple Ways To Save Money When Moving Your Office

5 Tips for a Safe and Secure Reverse Mortgage

The Signs of a Mis-Sold Mortgage

Here is Everything You Should Know About ARM and Fixed Rate Mortgages
December 10, 2018

A Quick Overview of Different Types of Mortgage Loans
November 24, 2018

A Quick Overview of Different Types of Mortgage Loans

Four Features to Consider when Choosing a Mortgage Broker
September 8, 2018

Four Features to Consider when Choosing a Mortgage Broker